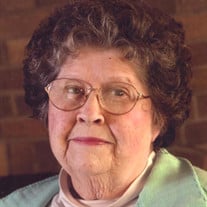 Dortha “Joyce” Havranek, 84, of Rockford died Saturday, November 12, 2016 at the I.O.O.F. home surrounded by family. Visitation will be held from 5-7 pm on Thursday, November 17, 2016 at Fullerton Funeral Home, 302 West Main, Rockford. Funeral Services with a one hour prior visitation will be held at 10:30 am on Friday, November 18, 2016 at Rudd United Methodist Church, 611 6th Street, Rudd, IA with Pastor Jim Roth officiating. Interment will follow at Riverside Cemetery in Rockford. Joyce was born on April 15, 1932 to Mervil and Mildred (Matthews) Merriss. She attended school in Rockford and graduated from Rockford High School. Joyce met the love of her life, Bob Havranek at a local roller skating rink. They were united in marriage on February 4, 1951 at Wesley United Methodist Church in Mason City. Joyce and Bob had 65 wonderful years together. To their union, four children were born. Their family resided on a farm in Rockford and Joyce became a homemaker and farmer’s wife. She supported her husband whole-heartedly and was the reasoning behind their farm earning the Outstanding Farmer Award. Not only was Joyce a diligent server to her family, but also to God. She was very strong in her faith and enjoyed reading her bible and attending church regularly. Throughout her life Joyce and Bob took many trips together. They would go camping at Fox Lake in Minnesota and out in Colorado. The couple went to Hawaii three times and also many times to Florida. In their younger years they liked to spend Friday nights at the Surf Ballroom in Clear Lake where they would dance and meet up with friends. Joyce liked any kind of crafts, woodworking and ceramics. She also liked to bake and began baking cakes for family birthdays and did the intricate work of decorating the cakes. For years Joyce and Bob went to “Dog Trialing,” which was a hunting competition for the German Short Hair Pointers they bred. Joyce will be lovingly remembered by her family as a person who put others needs before her own. As a wife, mother, grandmother and great-grandmother; she would bend to the needs of those she loved; which is the legacy she has left behind. Those left to cherish her memory include her husband, Bob Havranek of Rockford; children: Diane (Paul) Martin of Rockford, Scot (Angela Beglet) Havranek of Rockford, Linda (Jeff) Rodemeyer of Clear Lake and Stacie (Jason) Stokes of Rockford; grandchildren: Nathan Martin, Joel Martin, Rachel Ginbey, John Martin, Sarah Radcliff, Olga Reding, Daniella Havranek, Alexander Havranek, Justin Rodemeyer, Jonathan Rodemeyer, Heather Rodemeyer, Jesse Stokes, Jacob Stokes and Josiah Stokes; 15 great-grandchildren; one niece and three nephews. She was preceded in death by her parents and sister, Lois Norem. Joyce’s family would like to thank the staff at the I.O.O.F. Home for their continued care over the last 7 years. Online condolences may be left at www.fullertonfh.com. In expression of sympathy memorials may be directed to Rudd United Methodist Church. Fullerton Funeral Home and Cremation Services, 302 West Main, Rockford, Iowa 50468 641-756-3311, www.Fullertonfh.com

The family of Dortha "Joyce" Havranek created this Life Tributes page to make it easy to share your memories.

Send flowers to the Havranek family.